Join the forum, it's quick and easy
Server Support to Download RS,MU,HF,FS,FSN,WU,HF,DF Files on Forum with Premium Speed! >>> https://elib.forumvi.net/t430-server-support-to-download-rsmuhffsfsnwuhfdf-files-on-forum-with-premium-speed#442
Would you like to react to this message? Create an account in a few clicks or log in to continue. 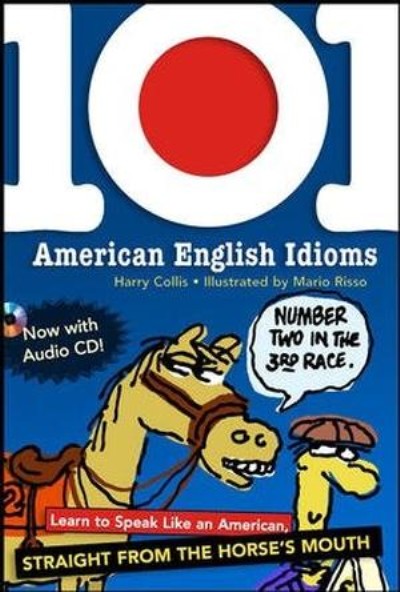 101 American English Idioms is designed to help bridge the gap between "meaning" and "thrust" of American colloquialisms by providing a situation and a graphic illustration of that situation, so that the imagery created by the expression can be felt, rather than simply learned as a stock definition.

The book is divided into nine sections. The title of each section reflects a notion or a manifestation of the physical world, the world of behavior, or the world of the senses with which the reader may easily identify.

It is hoped that the natural tone of the language of the situations in which the idiom is presented will help to convey the feeling of the idiom and the circumstances under which it may be used. The illustrations graphically depicting the meaning of the components of the expressions not only add an element of humor, hut also serve to highlight the contrast between the literal and actual meaning of the idioms as presented in the text.
An index is included to facilitate recall and location of the expressions.
101 American English Idioms is intended primarily for all students of English. Nevertheless, because of the graphic humor of the idioms in caricature, native speakers of English will also find the book refreshingly entertaining.

Page 1 of 1
Permissions in this forum:
You cannot reply to topics in this forum
Latest topics
» Real Listening and Speaking (Cambridge English Skills series) - All Levels

» 101 American English Idioms: Learn to speak Like an American Straight from the Horses Mouth